The Advocacy is a duly formed nonprofit corporation registered with the Office of the Secretary of State for the state of Washington.  The purpose of the Advocacy is to “Provide education, science, and other efforts that encourage the public, regulatory agencies, and private businesses to manage or utilize fish, wildlife, and other natural resources in a manner that insures the sustainability of those resources on into the future for the benefit of future generations.“

Formed in 2014, the Advocacy evolved through a settlement of a legal challenge by the Advocacy’s members to the commercial gillnet seasons adopted in 2013 by the Washington Department of Fish & Wildlife for Grays Harbor and Willapa bay, two estuaries on the coast of Washington state. The following documentation is available for viewing or downloading: 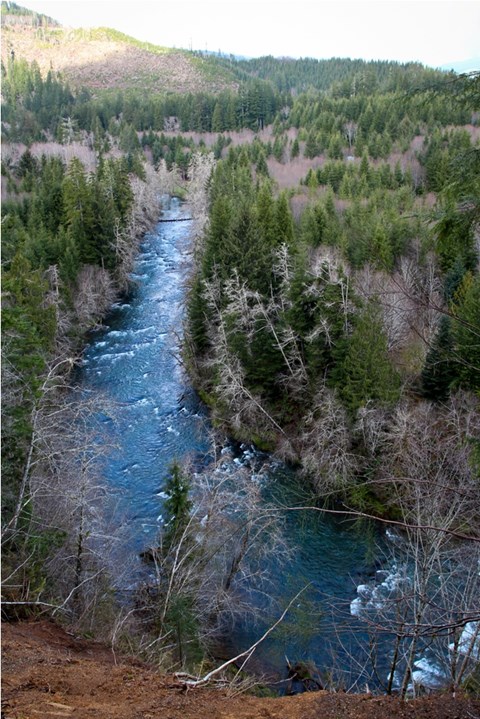 The Nasalle River (above) that flows into Willapa Bay is an example of the quality fish streams and wildlife habitat commonly found in the coastal region of southwest Washington. Two large bays, Grays Harbor and Willapa Bay share features in common with each other, especially when it comes to the scores of rivers and streams that flow into them.

Both are home to recreational and commercial fishing for salmon, sturgeon, steelhead, crabs, clams, oysters, and other natural resources. While the majority of the harvest is taken in the bays or the lower stretches of the river, the fish and wildlife are found in the rivers and streams over a hundred miles inland.

In addition, the rivers that flow through the forest lands into the estuaries and estuaries provide habitat for all types of birds, deer, elk, bear, and other types of wildlife. The combination of the salt water bays, rivers and forests creates a region prized as a natural resource haven for a diversity of public use including bird watching, fishing, hunting, hiking, and camping.

In Grays Harbor, the Chehalis River (right) begins its 115 mile westward journey to the salt up in foothills in Lewis County near Pe El. Along the way, the Newakum, Skookumchuck, Cloquallum, Satsop, Wynoochee flow in and all join together in the harbor with the Humptulips, Hoquiam, and Wishkah rivers flowing down from the Olympic mountains on the north side. Johns River comes in from the south.

While sorter in distance than some found in nearby Grays Harbor, the Nasalle, Willapa, North, Nemah, and others are similar type streams with fish and wildlife including the prized Chinook and Coho salmon, sturgeon, and steelhead or other trout species.

The Twin Harbors Fish & Wildlife Advocacy recognizes the ecological value of these bays, streams and forests to not only those who live, fish, hunt or visit the region today, but also to those generations that will come behind. We are committed to the concept that it is every citizen’s responsibility to conduct themselves in a manner that insures the future generations can likewise enjoy these resources. The Advocacy further believes it is every person’s responsibility to “practice citizenship” and insure that governmental agencies perform their duties and fulfill their responsibilities to serve the interests of all the current and future citizens regardless of where, how, or even if, they fish and hunt. The Advocacy was formed specifically, not just to encourage the public to practice citizenship, but assist and support those that rise to that challenge. 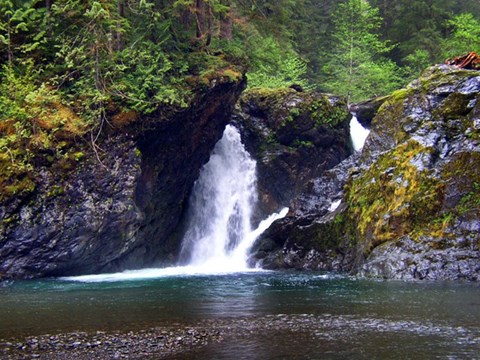 The falls near the headwaters of the Wynoochee in the Olympic Mountains is a popular summer time camping and recreational destination.  The water coming over the falls flows south to enter the Chehalis River near Montesano on it way to its final destination, Grays Harbor and the Pacific Ocean. 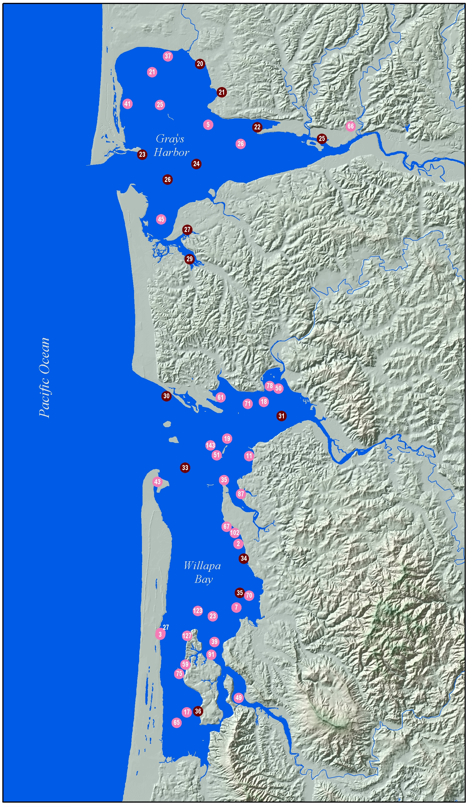 The region on Washington’s coast where Grays Harbor and Willapa Bay are located is commonly referred to as “Twin Harbors”.  The areas are known for fishing, hunting, hiking, camping, razor clam digging and other recreational activities.  Commercial activities include logging, sawmills, pulp production, import/export, fishing, crabbing, and shell fish production.  While the Advocacy members have “roots” in the Twin Harbors region, the organization does not limit its efforts to any one particular region of the state. 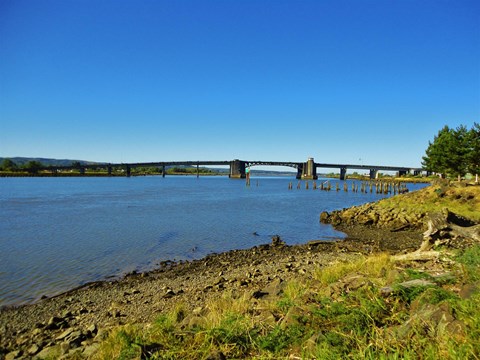 With a length of 115 miles, the Chehalis River is the state’s second longest stream.  The “Chehalis Basin” begins in Lewis County and flows north and east for 115 miles, collecting tributary streams including the Skookumchuck, Black, Satsop, Wynoochee, and Wishkah that drain the Willapa Hills, Black Hills, and the southern slopes of the Olympic mountains before it enters Grays Harbor at the 101 bridge in Aberdeen.  The Basin is well known for its fishing, wildlife, and natural resources. The estuary just beyond the mouth is internationally renowned and a favorite of “birders” that travel to the Harbor during the migratory season to observe and photograph birds as they travel south for the winter.  The nearby Hoquiam, Johns, and Humptulips rivers all flow directly into Grays Harbor.

The Advocacy is a duly formed WA nonprofit organization granted (501 (c) (3) status by the IRS.  Donations are tax deductible.  To contribute via check, please make the check payable to:

To contribute via a credit card, debit card, or PayPal, use the "donate" button.